5 Reasons to Shatter the Editing-While-Writing Addiction

When I first started writing, for serious, I had a horrible, horrible habit. An addiction, really. When I would sit down to write, I would read over some amount of the previous work (sometimes all of it) and I would start tweaking and changing things. 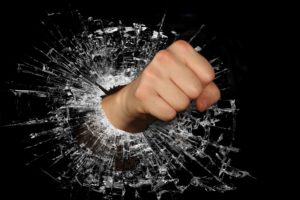 Eventually, I’d get bored or something else would catch my attention and I’d start something new. Only to do it all again when I reached the middle-ish of that story.

As I learned more about writing through getting my MFA and hanging out with writers who actually finished stuff, I realized I was doing it wrong. Way wrong. At least for me. Sure, some writers can actually complete things even if they interrupt their writing to edit previous stuff. But as I listened to more and more professional authors, I found that most of them didn’t do that. Or, if they did, they’d already outlined their entire story, so they knew what was happening when. (I was definitely not a plotter back in the day!)

I’ve been in the publishing industry for almost ten years now, mainly on the back end — editing, publishing, etc. — though I have also had work published myself, both fiction and non-fiction. In that time, I’ve taught and coached a lot of writers and what I’ve found is the worst habit of novice writers, especially, is this habit of tweaking and editing the completed bits of the first draft rather than concentrating all of their writing time on creating the rest of the story.

I know why they do this. Because their skill doesn’t yet match their vision for the work, so they keep trying to make it better. I totally get the inclination. But don’t do that! Here’s why:

1. You Lose Your Groove 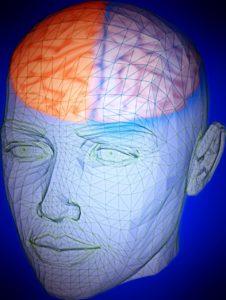 Those processes live in different parts of the brain. That’s a simplistic view, because the reality is that both sides of the brain work in tandem, but the reality is still that you’re using more of the left side of your brain for editing and the right side for writing.

Because of this, the shift mentioned above can be more difficult for people. You’re not just shifting tasks, but you’re changing which part of your brain you are mainly accessing. For me, going from editing to writing is always harder than going from writing to editing. So I always do writing before I tackle anything editing related (always either a pro editing project or a different, complete story that I’m working on revisions for).

The first few pages are critical in any story. It’s when you hook your reader and draw them in so that they will invest time in your world. Often, novice writers will revise and revise and revise their opening before they’ve finished the rest of the story. And by the time they get to the end, it’s clear that they started the story in the wrong place and so the opening needs to be scrapped. But it makes them not want to do what’s best for the story, because they’ve put so much time and effort into it and it’s so perfect.

This can happen anywhere in the story. It just tends to happen more with the opening. But not deleting scenes that need to be deleted is doing a disservice to the story and to the reader. So all that time spent editing is wasted, because you’re throwing away the work and you could have spent that time writing.

4. It Trashes Your Motivation

It’s a given that if you’re working on three things at the same time (any things), it will take longer to get any one of them done. Writing is already hard and can take a long time. When you stop writing in order to edit, that means it will take you longer to complete the piece you’re working on. Especially early in a career, we need all the positive feels we can get. And when we finish a work, whether it’s a short story or a novel or a poem, we feel accomplished. We feel happy. We feel proud. And we have a right to all these feelings. But in order to get them, we need to do something to warrant them and finishing a piece is the best way to do that. So finish as fast as possible.

I said this to someone on Reddit recently and I think it bears repeating. You can fix mediocre. You can even make mediocre into brilliant. But you can’t fix incomplete.

So there you have it. My five reasons to stop editing as you write.

Tell me, is this a habit you have? Does it work for you?

Is it a habit you broke? How did you do it?

Let me know in the comments!

Previous Story
Back, with a Vengeance!
Next Story
Venessa’s Top 5 Books on Her Shelf!

Not one woman? Really?