#SHUres for the Win!

So last week, from June 22 to June 27, I attended this term’s residency at Seton Hill University. I’ve tried to describe residencies before, but I’m not sure how good a job I do. Imagine being with 70-100 fellow writers but without the egos (with one or two notable exceptions – some of my readers know of whom I speak). Imagine a writers’ environment where it’s all about helping each other and not about making oneself look better and others look worse. It’s not about one-up-manship. It’s about growing and helping each other grow. It’s about encouraging, pushing, goading and sometimes threatening each other good naturedly into being courageous enough to pursue publishing. This is what the SHU residencies encompass.

Residency begins with a reception the first evening. During this time, students get to mingle, meet new students and chat with the faculty. For a lot of us, this was the first time we’d seen each other in a year or more. As the program has gotten more attention and more press, we had a large incoming class, in addition to the returning alumni. There were well over 80 people at the opening reception.

The rest of the residency (I’m not going to go day-by-day) is comprised of 3-hour class modules, a lunch break, and 3-hour critique sessions. Usually in the evenings, we have thesis readings, but because of the program shift from MA to MFA, there were no graduates this term. However, because there were so many new (and returning) students, the evening we usually have a meeting with our mentors had to become two evenings of meetings. Each student meets with his or her mentor for 30-60 minutes to sign the contract required for the term and to discuss the project the student plans to work on, as well as goals for improvement.

I’m working with Timons Esaias, whom I’d damn lucky to have as a mentor – and I know it! He’s totally going to kick my writerly ass. I’m really looking forward to it, too. Don’t judge me for wanting it! 😉

I had three modules: one on revision, one on surviving the middlehood of an novel and the third on markets for short specfic. All were very good. The middlehood module had a very thick hand-out that included ways to shake things up when you hit that lull in the book where it doesn’t light your fire the way it did at the beginning. (Expect a blog post about this later.) The revision module was especially useful right now, as the project I’m doing for the MFA is the revision of a very rough draft. (Also, expect a post about this too!) And I’d taken the marketing class before, but the instructor changed it up quite a bit and it was substantially better.

The guest speaker for this term was David Morrell. He wrote First Blood, the book that the entire Rambo franchise grew from. I’d seen him speak at SHU before, several years ago, and he was fantastic then. This time, it was less so. I did get an opportunity to speak with him a bit before the lecture. I’ve met him a number of times and so we were able to chat a little (once I reminded him of who I am – he introduced me to Peter Straub!). He’s a lovely man. I wish the talk had been a little more like he’d done before.

There were a number of fun social highlights too! There’s a wine social which is co-sponsored between the students and the alumni. It includes a book signing for published authors (I spent way too much money there!). I brought home more books for my To Be Read bookshelf. Yes. It’s an entire bookshelf. I’ve put myself on a book-buying moratorium.

Of course, the wine social eventually gravitates over to the dorms, where the non-wine beverages come out. There was much laughing and merriment and some wandering around campus late at night, drunkenly. (But not me!)

One of the really fun evenings was a student-organized reading night. We all gathered in the lobby of the Marriott hotel, brought some stories and read aloud. It was really great listening to everyone’s fiction. It was low-key, fun, and no pressure. Also, there was booze. That always seems to help! 😉 Scott Johnson did an hysterical version of “Twas the Night Before Christmas” which featured zombies munching on St. Nick and Cthulhu raising him from the dead. Again. I cried, I laughed so hard. I really encourage writers to read their work aloud. It’s good for the writing, because your ear will hear things your eyes miss. And it’s good practice for the future, when you’re published and giving readings at book signings!

At the end of residency, there is also normally graduation, with a reception following. This usually marks the official close. Again, we had no graduates this term, so we had no graduation. (I’m all about logic up in here.) We did, however, still have a reception. This is always the bittersweet part of residency. Everyone is exhausted from full schedules and lack of sleep, but no one really wants to leave each other. Some tears slipped down cheeks and lots of hugging helped assuage the sadness. But it really is bittersweet.

Yet… we still have Twitter! And since the end of #SHUres, we’ve tempted at least half a dozen of our non-Twittering colleagues to join. It is a SHU-Tweet revolution!

So the upcoming posts will often be about the program, what I’m doing and what I’m learning. So if you’re interested in a MFA program geared toward popular fiction, rather than literary fiction, hang around and get a taste of it here!

Previous Story
Back to School!
Next Story
Rejection! But I still #amwriting… 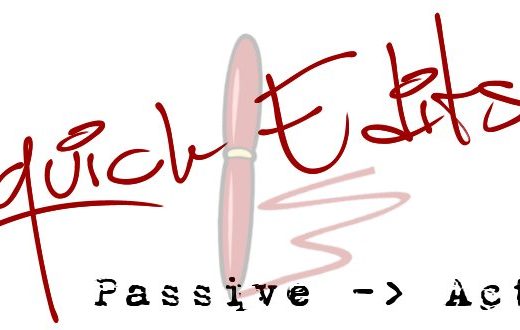