I grew up in a small suburb, well outside of Chicago, IL. If we went into the city, it was almost always to visit my Aunt Barb, my grandmother’s sister, and all the cousins out there. There would be occasional school field trips to the Field Museum or Adler Planetarium, but mostly I stayed in my little suburb. Most of the sites in Chicago I didn’t see until I was an adult and able to travel on my own. 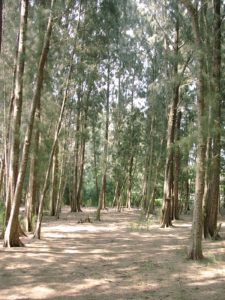 I tried to find a pic of me in Chicago, but couldn’t. So here’s TreeTop Park in Ft. Lauderdale 🙂

As far as travel outside of the Chicago area, most of that was for family as well. I can remember a number of trips to Indiana to visit my grandmother when she lived there, as well as a long drive to Connecticut when she was there also. And, for a long time, we’ve had family in Tennessee, so there were also the occasional trips there. The only non-family vacations I remember was a trip to the Wisconsin Dells when I was thirteen and typical moody teenager. (This was also, incidentally, the trip where I holed up in my room at the cabin and read The Stand, cover to cover. Like I said, moody.)

I’m not telling you all this for sympathy, but to explain one of the reasons I devoured books as a kid. As they are for so many people, they were an escape from a very not-interesting life. I visited London, England, and Derry, Maine. I rode the Orient Express and hid in an attic to escape the Holocaust. I solved mysteries with Nancy Drew and the Bobbsey Twins. As I got older and read more, I sweated in the Congo and helped build Hadrian’s Wall.

Books always showed me the world that I felt I would never see.

I’m significantly older now, of course. I’m settled in a home with my spouse. We’ve lived in this place since 2008. This is the longest I’ve lived in one dwelling my entire adult life. 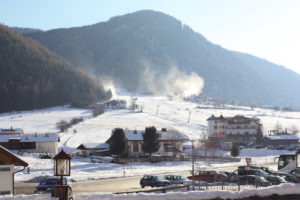 I’ve traveled more — I’ve gotten a little taste of the world that I so desired when I was younger. I’ve been to almost two dozen states, one Caribbean island, and ten countries in Europe (don’t be too impressed; some of them were just drive-throughs!). And the things I’ve gotten to see have been incredibly cool.

The beauty of the world and its people have lived up to my expectations.

I know I’ve been incredibly lucky to have had these experiences. My teenage self would never have thought we’d be able to really go to London, to the Italian Alps, to Amsterdam. But we did, my teenage self and I. And it’s been glorious, seeing things that I’d only ever seen in magazines, or the encyclopedia, or, later, on the Internet.

Experience Greed and This Writer

But it isn’t enough. 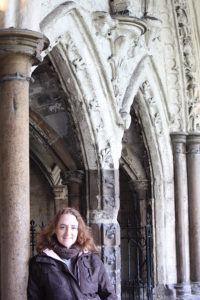 Me at Westminster Abbey, London, UK

It might make me greedy, but that’s okay. Because I think experiences are all we can ever really have from this world. And time is always running short.

My plan for 2018 is to travel more, particularly overseas. This means that you’re going to see a lot more from me product-wise over the rest of this year and next, from books to classes. I hope that’s okay with you. It also means you’ll be seeing more travel postings from me. More pictures of things I see. 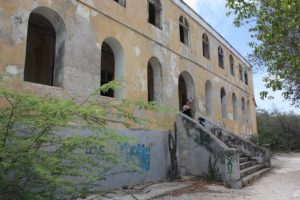 The Quarantine House in Curacao. I’m working on a whole blog post about this place!

I want more experiences to inform my writing and my life. I want to understand other cultures, as much as I can, and live in their spaces, even if only for a little while. I want to see more of our world and I want to be able to share it.

All images are courtesy of Arjen Jansen.