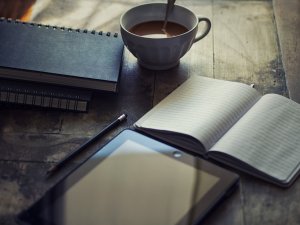 So, you might have noticed that I’m revamping my website! I’m also dedicating myself to updating it a bit more often than before. (I decided that every four years really wasn’t enough!)

The plan so far is to do a quick update on Mondays as to what I did last week and what I’m going to be working on this upcoming week. I’ll be calling this update Deadlines. Clever, right? 🙂

I’m still deciding the exact focus of the website, but trust that we’ll be talking a lot about the craft and business of writing. I’m kicking around the idea of doing a podcast, but haven’t decided on that either. But, regardless, there will be a future post that hashes through my ideas.

One big thing I do want to note though, is that my hubby has come onboard to help manage my writing career! Woo! I’m so excited that we’re doing this as a team. Right now, he’s the one behind doing the actual revamp of the website (with input from me), which takes a lot of pressure off me and frees up a lot more time to write and work on other stuff. So yay!

Writing: I write smut under a pen name and I’m working on the second novel for that line. I’m almost done, but got stuck, so last week, between that and doctor appointments, I didn’t get as much writing done as I’d planned, sadly. But I did hit the 50k mark. I anticipate the final being between 60k and 65k.

Work Stuff: I did some light editorial work for Loose Id, read and commented on a submitted manuscript.

Other Stuff: I finished a third printable (Setting Sketch) that I added to the download bundle offered via my newsletter sign up page. I’ve obviously been working on stuff for the website. Overall, though, this week wasn’t as productive as previous weeks.

Writing: I want to get at least 7k words written on the pen name’s story. Stretch goal is 10k. I don’t think either will be a problem once I jump this hurdle I’m having.

Revising: I need to get back to revising Soul Cavern, which is over halfway done. So I want to get at least 50 pages of that done this week too.

Work Stuff: I have a manuscript to read and comment on and I imagine I’ll be starting edits on the one I commented on last week. I also have a freelance e-mail request I need to respond to, so that may or may not also happen.

On Deck: I have a non-fiction book I’m going to be writing — about authenticity — and I’d like to get a start on that this week too. No hard and fast deadlines about it though.

Other Stuff: I need to do some e-mail newsletter posts for both this name and my pen name’s mailing list. And I have some admin things to do on the back ends of both of those. And, finally, I have some organizational stuff I need to do for a couple conventions I’m part of. So whee! 🙂

See you next week!