Venessa Giunta is a writer of weird things, an editrix extraordinaire, and a little bit of a nerd. She is a published author, with non-fiction essays, short stories, and the urban fantasy Soul Cavern Series. She is a dedicated viewer of the show Supernatural and was devastated when Sense8 was cancelled (Damn you, Netflix!).

She lives in Atlanta, GA, with her husband — also known as her muse — and three cats who basically rule the house, but won’t pay the mortgage.

She’s been called the kind of evil that inspires hugs.

Venessa Giunta is a writer of weird things. She is the author of the urban fantasy Soul Cavern series.

Venessa holds an MFA in Writing Popular Fiction from Seton Hill University and has worked on the editorial side of publishing since 2008. Her non-fiction essay “Demystifying What Editors Want” can be found in the book, Many Genres, One Craft.

She is active in convention life, having held a number of organizational positions over the years and is currently Second to the Director of the Writers Track at Dragon Con, a SF/F fan convention with more than 80,000 attendees. She is also the WRITE Track Director for Multiverse Con. A new, inclusive, SF/F/H convention in Atlanta, scheduled for October 18-20, 2019.

She is a teacher at heart — editing is really just teaching one-on-one — and offers classes and workshops for conventions and writing groups. Helping other writers is one of her favorite things in the history of ever.

Venessa lives with her hubby in Atlanta, Georgia, and shares a home with three cats who all seem to think they rule the castle, but none of which pay the mortgage.

Venessa Giunta was born in Chicago, Illinois, on May 12, 1969. She was raised in the burbs of Chicago until she was about 13, when the Great Cross-Country Caravan began. She went to four different high schools in three different states, initially going from a private Catholic school just outside of Chicago her freshman year to a public high school in Columbia, South Carolina, for her sophomore year.

This drastic change in location and culture, coupled with moving every year after that, no longer allowed her to be the very shy, introverted girl she had grown into but instead, forced her to step out of herself and make friends.

Writing helped with her sanity. And the culture shock.

As a sophomore, she met a girl who would become a lifelong friend and between the two of them — both rabid fans of Duran Duran — they started writing The Story with No End. It was basically a fanfiction story (before fanfic was a thing) featuring themselves, their friends, and, of course, Duran Duran. They filled five notebooks with fangirl scribbles.

After high school, life started — Venessa postponed going to college for a couple years, because she recognized that she was burnt out and wasn’t ready yet — and her writing fell by the wayside.

Well, truth be told, it was more that she didn’t think she was good enough.

So a couple decades went by and when she was in her 30s, Venessa decided that while she might not have been good enough yet, she could become good enough. She’d never taken a single creative writing class in college and so, as any perpetual student would do, she enrolled in a graduate program. The Seton Hill University Writing Popular Fiction program was the single best thing she did for her writing.

Upon graduation, Venessa began doing editorial work as a freelancer and as a contract editor for small and medium publishing houses.

Again, her writing was on hold.

Finally, in 2018, Venessa decided to really focus on her writing. She released two books under a pen name in the first half of the year and released her debut urban fantasy, Jivaja, in October. Jivaja is the first book of the Soul Cavern trilogy.

Upcoming releases include Book 2 of the Soul Cavern trilogy; Pandora Twins, about a pair of 12 year old girls who discover they are the guardians of Pandora’s Box, which is not what the common myths tell us it is; and Hovel Rats 1 & 2, which are post-apocalyptic, YA, zombie-not-zombie books.

Venessa and her husband, Arjen, have lived in the Atlanta area with their three cats for about a decade and love everything about it.

Except the traffic. No one loves Atlanta traffic.

To download high resolution photos, click once on the image. When the full image appears, right-click on the image and save.

These images are for use by conventions, periodicals, publicists, and websites that wish to promote Venessa Giunta or her work. Please give appropriate credit to the photographer.

All images are protected under copyright law. Use of these images for purposes other than those for which they are intended is expressly denied. 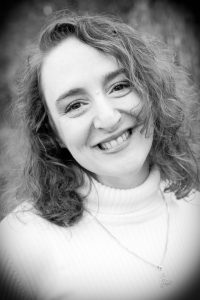 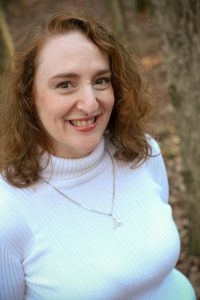 Please click on the book cover to download a zip file with the media kit for that book. Media kits include:

If you need additional media or information, please feel free to contact me.