What I’m Listening To: “At Last” by Etta James found on The Chess Box

Something Cool: I’m binge-watching Timeless this week, which is feeding both the specfic chick and the historian in me!

I’m working on some big stuff that I hope will be helpful to writers, especially new folks who are taking up the pen. (I’ll tell you all about it when it’s closer to being done!) I’m really excited about everything, but on some days I struggle. That stupid voice in my head that tries to undermine me starts up: 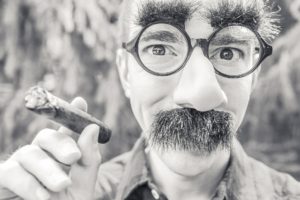 What makes you think you can teach people?

No one wants to hear what you have to say.

It’s only a matter of time before they figure out that you’re a fraud.

Any of these questions sound familiar? Judging from what I’ve heard from other creatives, this is a common, common voice. (Maybe we all have the same one?) I find that when I listen to this voice, I freeze. I have a lot of trouble moving forward, because the little whispers in my ear cause me to second guess myself. I’ve been doing some reading about how to handle Impostor Syndrome (what a dramatic name!) and I’m going to share ten things that I’ve discovered that help. 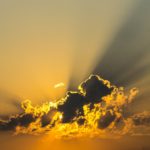 Sunlight cleanses. Impostor Syndrome thrives in the dark, like so many other things that like to hit our self esteem. So be open about it. When you share a problem with other people, it usually turns out to be a smaller problem than it originally seemed. I think Impostor Syndrome is exactly like that. I’ve found that one of the fastest ways to stop feeling fake is to tell someone I’m feeling that way. Or you can, yknow, write a blog post about it 😉

Impostor Syndrome thrives because we’re focused on ourselves. If we shift the focus and provide something of value to others, it’s much more difficult for us to believe that we’re frauds. This is because someone found value in something we did or gave. That, in itself, is un-impostor behavior!

It’s really common to have been brought up to strive for perfection. I hear it from my 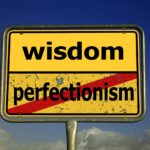 coaching clients and I hear it in greater media. But this is a terrible idea. Perfection is unattainable, so when we strive for it, we are automatically setting ourselves up to fail. And when we inevitably do fail to be perfect, it only reinforces those feelings of being a fraud.

Instead of striving for perfection, strive for progress.

4. Remember that making a mistake or being wrong doesn’t make you a fraud

We all make mistakes. We are all wrong sometimes. That’s because we are all human. This goes back to the whole perfection thing, too. You can’t never be wrong or never make a mistake. So don’t put more emphasis on those things than they deserve. Rather than thinking of them as proof of your fraud, think of them as a stunning opportunity to become more awesome!

5. Accept responsibility for your success

So often, we pooh-pooh someone when they compliment us. 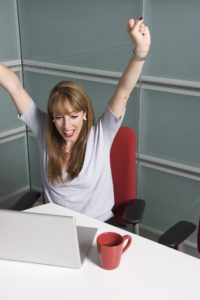 Sound familiar? Yet when someone points out mistakes or failures, we’re often quick to berate ourselves. But it’s really important that we accept as much responsibility for our successes. They are as much ours as the failures and we deserve that self-pat on the back.

It may sound all woo, but words really do affect our thinking. There’s a big difference between “I don’t want” and “I want.” They create different expectations in your head. One is a negative expectation and the other is a positive. When things are always phrased in the negative, that ends up being the overriding vibe that you come away with.

Instead of saying, “I don’t want to be a failure,” try saying, “I want to be a success.” Even just looking at the words, there is an anxious, unsettled feeling when reading the first sentence. At least for me. So try recasting your words in a positive light. Instead of “I could have done more” try, “I did a good job.” 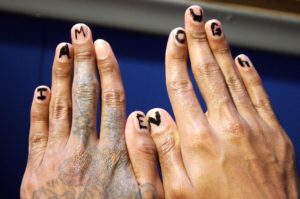 This one is really hard. Especially for those of us who suffer from or have suffered from low self esteem in our lives. This is one of those things that is often an ongoing work in progress for people, myself included. Here are the steps to dealing with this, as I see it.

First, I have to figure out what my life value is. What do I see as good, positive, and worthwhile action? Then, I measure myself by that, rather than by some metric that someone else might have that I have no control over (or, really, knowledge of). This can be hard, because we all like a pat on the back or a “good job!” And I don’t think there’s anything wrong with wanting and enjoying those. I think where some of us run aground is that we believe that the only worth we can derive is from those things. That our opinion isn’t as valid as someone else’s.

But the truth is that we can derive worth from ourselves. We can judge ourselves worthy and pat ourselves on the back.

We just have to remember that.

8. Take action — act even if you’re not quite ready

Ever felt frozen in place because you just don’t think you’re good enough? What often breaks me out of this is actually doing something. Getting off my butt and taking action toward my goal, whatever it is. It’s the equivalent of just holding your nose and jumping in the pool.

High achievers know that action = motivation. It’s like a perpetual motion machine. The more you do — and succeed at — the more you’re motivated to do things. 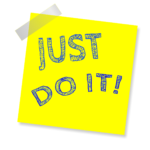 Maybe the “act even if you’re not quite ready” made you raise your eyebrows. Or maybe it freaked you right the heck out. But so many of us use the excuse of “getting ready” as a way to put off acting. It’s usually out of fear (that the narrator in our head saying those terrible things about us is right). How many times have you put off doing something because you needed to “tweak” it or “fix” it? Or put something off because you felt like everything needed to be perfect in order to act? Put off writing because you only had 20 minutes and that’s enough time to write? Missed that submission call because your story wasn’t perfect yet?
All of these are just excuses not to act. When we get out of the habit of looking for reasons why we can’t and in stead just focus on doing, we don’t give that voice in our heads enough time to talk us out of it.

This might seem counter-intuitive. If we’re afraid to do the easy thing — because our nasty voice tells us we can’t — how could we possibly get ourselves to do the harder thing?

I know, right? Sounds crazy. But here’s the thing — when we set the bar too low, when we do reach it, we can discount it, like it was no big deal. We are more inclined to ignore it as a success, because it was so easy. Instead, raise the bar. Writing short stories because you don’t think you can write a novel? Commit to writing a page every day on the novel in your heart. You’re sending out your book manuscript? Send it to your dream agents/editors first, then move down the line if you get rejected. Raise the bar.

Now, will you always hit that goal? Nah. Sometimes you’ll miss. But even when you miss, you’ll likely hit a lower bar, which is still a win. But when you do make it? Lawd, watch out! 🙂

But even if you fail in a fiery display of suckitude, that leads us to…

Wait. What? How does that even work?

Here’s the thing: when we succeed, yes we’ve gotten what we wanted, we’ve achieved something we set out to achieve. And those are wins! But when we fail, we get a whole different, but equally valuable set of data. 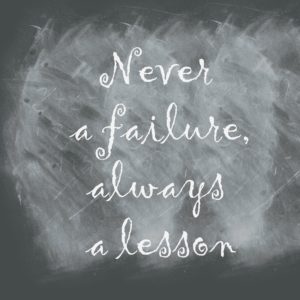 First, you can’t fail if you don’t try. That’s an old one, right? But it’s true. Failing means you did something. You acted. And that’s more than most people do, so that’s a huge win.

Second, when you fail, you learn something. It might be things about what you’re trying to accomplish that you can apply to the next attempt. It might be something about yourself that is either holding you back from succeeding or something you need to develop more strongly to help you succeed. It might be how you view the world or your tasks. You might identify something in how you work that you can improve. You might realize that you need help in some aspect and reach out to find it. Regardless, those are things you might not learn by succeeding. But you will learn many of them by failing.

Third, failing can give us the impetus to succeed. “My story isn’t right for you? Well, you just wait! You’re going to see my name in SF&F next year!” (Okay, don’t actually send that to someone; that’s what could be in your head 😉 ) Failure can be used as a motivational tool.

Don’t be afraid of failing; it’s how we improve.

There they are! Ten ways to deal with Impostor Syndrome.

We often learn in life that we have no control over a lot of things. And while there are things we don’t have control over, we do have total control over our choices. And we can choose how to deal with our Impostor Syndrome; we can choose how we view failure and success; we can choose what words we use to talk to or about ourselves. Those things are choices that we make every day. Once we get into the habit of choosing differently, the world can change.

Do you struggle with Impostor Syndrome? How do you handle it? Have you used any of the above strategies? How have they worked for you?