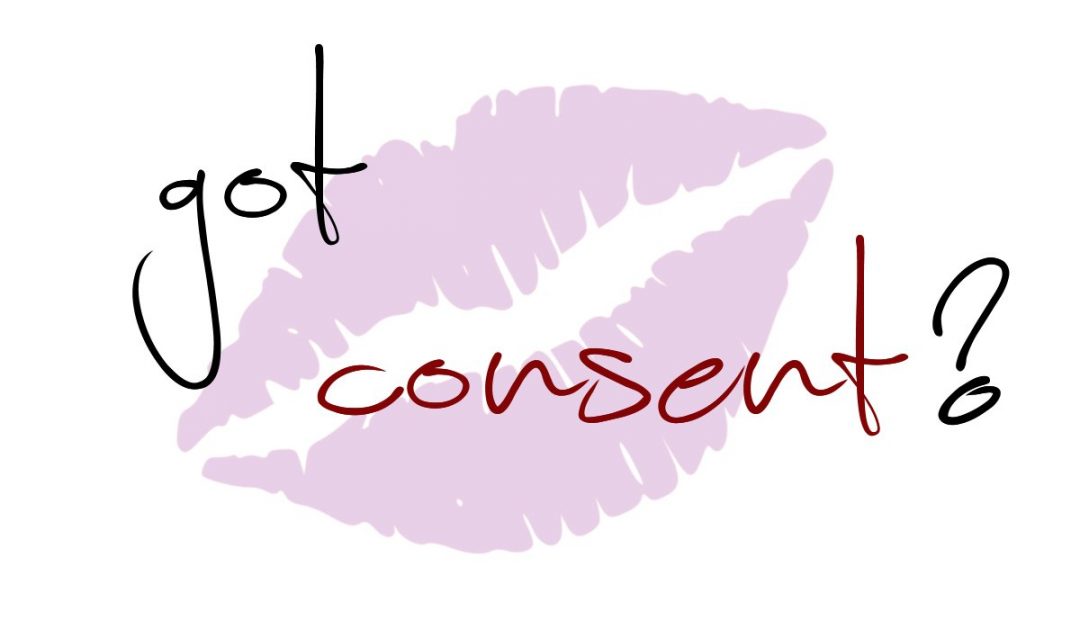 I’ve decided to republish the series of posts about conventions and convention life that were originally published over at Speculative Chic. This particular post, about consent — a super important topic in con life — was published on August 10, 2017. You can find the original here!

Maybe you’ve heard the term “Cosplay is not Consent.” It’s a movement within the fan convention community to educate people on how to act — or rather, how not to act. And it all revolves around Consent.

Why talk about consent?

Conventions can be a lot like parties, and at parties people want to have fun. But generally, folks are thinking of their own fun and not necessarily the fun of others. So talking about consent is important both within and outside of conventions so that we can also be aware of other people’s comfort and wellbeing at the con.

It’s also important to talk about consent because having ownership over one’s body is a fundamental right of being human. Setting boundaries on how other people treat us is a healthy way of living life. And consent is a big part of boundary setting. 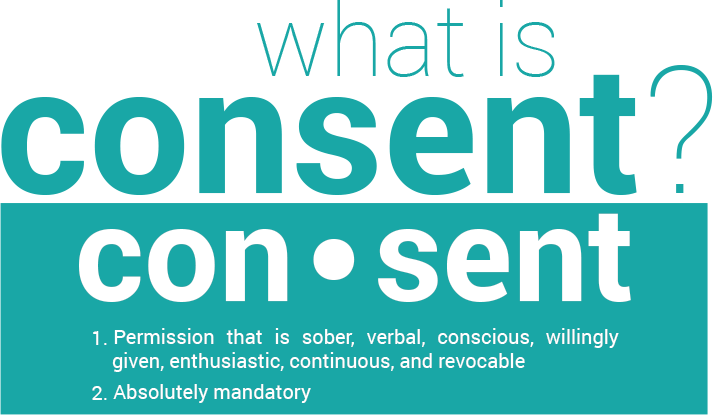 Consent is simply agreement. It can be nuanced in different ways, but when you drill right down to its basic definition, it is agreement.

Consent means that all involved parties agree to what is happening, whether it’s something physical, like touching or taking a photo, or verbal, such as being catcalled, being talked about, or objectified.

What does consent mean at a convention? 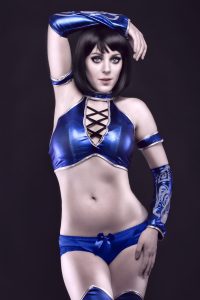 It means that no matter how someone is dressed, no matter how much (or how little) skin is showing, there is no touching without asking. It is not an invitation for other people. It does not mean that the person — usually a woman — is a party favor for your use.

This isn’t just about touching, though. It’s about everything from touching to speaking. It’s about being aware of how the words we say affect the person we’re speaking to or about. It’s about treating people with dignity.

Cosplay is Not Consent is the movement that has come out of the flood of complaints of harassment and, in some cases, assault, that has happened at conventions across the country, from the biggest to the smallest. Check out Geeks for Consent for some great links to news stories about this topic.

Is it all in the gender?

Fan conventions are often male-dominated, so it makes sense that the higher number of consent violations are done by men. It can be difficult to explain to men why being touched without permission or being objectified by verbal comments is unwelcome.

Often, when we, as women, say, “How would you feel if…?” the response tends to be, “Oh, I would love it if a woman just walked up to me and grabbed my ass!”

What these men often don’t have perspective of is that women receive this sort of treatment all the time. Catcalls, inappropriate comments about their bodies, and even unwelcome touches from men. And it is all with no choice in who is doing these things. It can be any man, at any place, at any time.

If men think this is something they might enjoy, I believe they’re envisioning a woman they’re attracted to doing it at a time and place they would like it to be done. And that is not the experience of women who receive this sort of attention from men, both at conventions and outside conventions. These behaviors are done by men, regardless of whether the woman is attracted to them, is in the mood for such attention, or wants any attention at all. In other words, without her consent.

So men who think they would like this often don’t understand that they probably wouldn’t, if their reality matched the reality of women’s experiences.

But men are not the only people violating consent at conventions. Women do it too. Not nearly to the numbers as men, but they can be just as offensive as men. I once watched a woman literally grab a guy’s codpiece for a photo, to the man’s absolute surprise. I couldn’t tell whether he was offended or not, but it was still non-consensual and a sexual assault by its very nature.

How To Avoid Being ‘That Dude’ (or ‘That Chick’)

So what do you do when you’ve offended someone by accident, or realize you’ve done something inappropriate?

It doesn’t have to be about you having made a mistake. It is absolutely about how you handle the mistake you made.

Always, the first thing to do is apologize. And be sincere. Sometimes, this is the only thing you can do. Sometimes the person you offended doesn’t want to hear it and will walk away. Let them go. They’ve made their decision, and you trying to force your apology on them is just another version of the mistake you made in the first place. 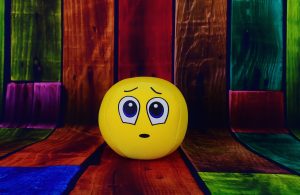 But if they do listen, you can then ask what you can do to fix the situation, what will make the other person okay? There may be nothing you can do other than go away. And that’s okay. But maybe you took a photo without asking, and they tell you that you can make it better by deleting the photo. Then delete the photo. Act with integrity.

Conventions can be a great time! They’re big and fun and exciting. We’re among our nerdy tribe and our fellow fangirls and -boys. Convention producers create them for folks to have a great time. But we have to make sure our good time doesn’t make someone else’s experience a bad time. We’re all in this together!

Do you have questions or comments about any of this stuff or conventions in general? Drop them down below! ??

Unless attributed otherwise, all images are mine or CC0 licensed. 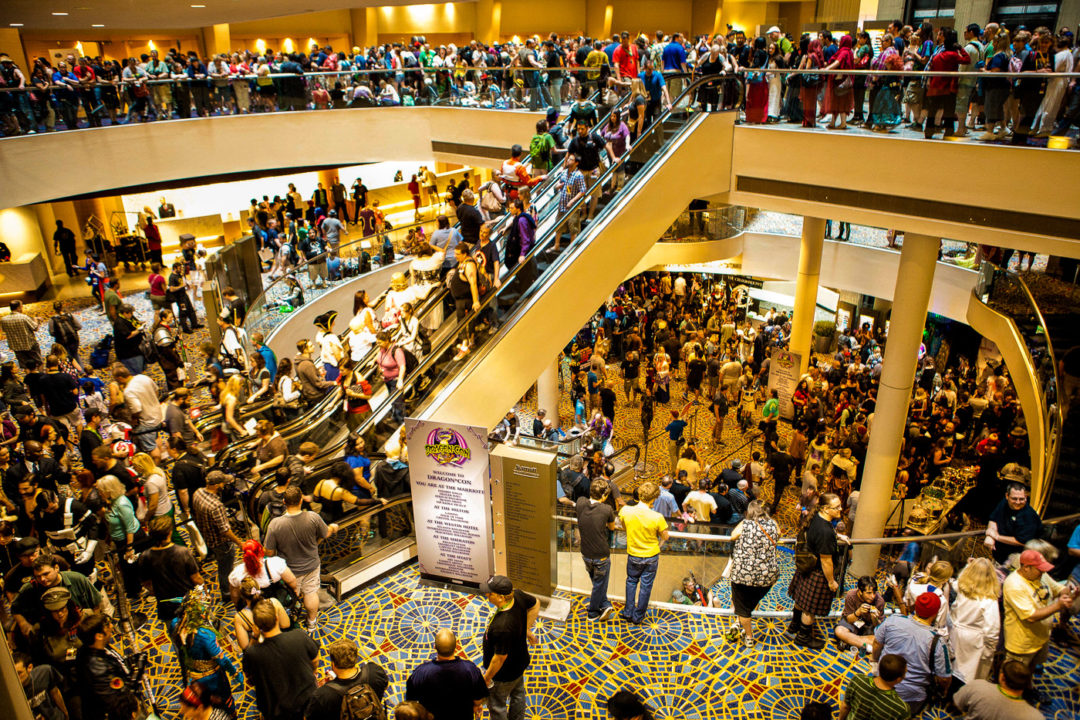