Flashbacks are breaks in the current story that are written in order to give the reader background information, something from the past, usually for what’s about to happen. Flashbacks are a legitimate storytelling tool — don’t let anyone tell you they’re not. 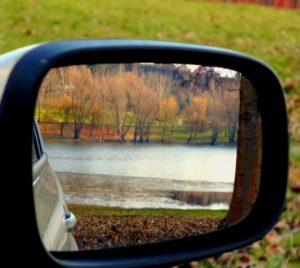 But like many tools in fiction writing (like adverbs, speech tags, etc), their use should be limited. The more background information you can insert into your stories without using flashbacks, the more skilled you are as a writer.

For me, I don’t consider a sentence or two to be a flashback. A flashback generally is a full blown scene, anywhere from a couple paragraph to pages. A flashback is turning your car around and driving back to the place, versus a quick glance in the sideview mirror.

Why Should You Limit Flashbacks?

The biggest reason to limit your use of flashbacks is because flashbacks pull your reader out of the story you’re telling.

Think about watching a movie with someone. Say it’s the second movie in a series. Would you find it distracting if your friend paused the movie every third scene to explain something from the first movie that he thinks would be good for you to know for this movie? It would probably get annoying after about half an hour. And, what might be worse, is you might be more interested in the stories your friend is telling you, rather than the story you’re watching.

When you use flashbacks, you’re essentially hitting the pause button on the story you’re trying to tell and you’re asking the reader to invest in a *different* story for a little while. Be sparse with this sort of request of your reader. Because the more often they’re distracted from the story you’re telling, the more likely they are not to feel invested enough to return to it.

How Do You Limit Your Use of Flashbacks?

When thinking about flashbacks, there are three things you should consider particularly.

Think about what your key pieces of information being conveyed are. And then think about whether your reader actually needs them.

Must it be conveyed at this place in the story and in this way?

When I’m editing, it’s not uncommon for me to see a three or four page flashback where there’s only a single piece of information that’s important. That piece of information could have simply been dropped into the current story line in a sentence or two rather than yanking the reader into a flashback. Again, assess what the key pieces of information you’re trying to convey are and think about where else in the story you might weave them in, instead.

Sometimes, the flashback is important but the placement isn’t ideal. Consider your entire story; is there a better place for this flashback? 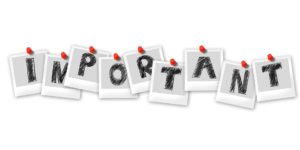 Are you starting a new scene and rehashing everything that happened since the last scene?

If you’re telling the reader about everything that happened since the previous scene, there’s no reason not to start it from the the end of the previous scene, rather than some time later, then flashing back to what happened in the interval. This bouncing around in time can be confusing for your reader and it’s unnecessary. If you’ve decided that what’s happened between the previous scene and this scene is important enough to be on the page, then it doesn’t make any sense for it to be a flashback rather than simply part of the current story line.

The exception is if the actions between the scenes can be done in a sentence or two (which isn’t, by our definition here, a flashback anyway).

As a note before I sign off: one type of writing where you should especially avoid flashbacks is short stories. Most of the time, there just isn’t enough space in the story to support flashbacks. It ends up being a waste of precious words when you already have a limit as you do for a short story. Of course, it can be done, but as a general rule, it shouldn’t, unless you know you can do it very, very well.

How about you? Do you struggle with too many flashbacks or not knowing whether to include one or not? Comment below!